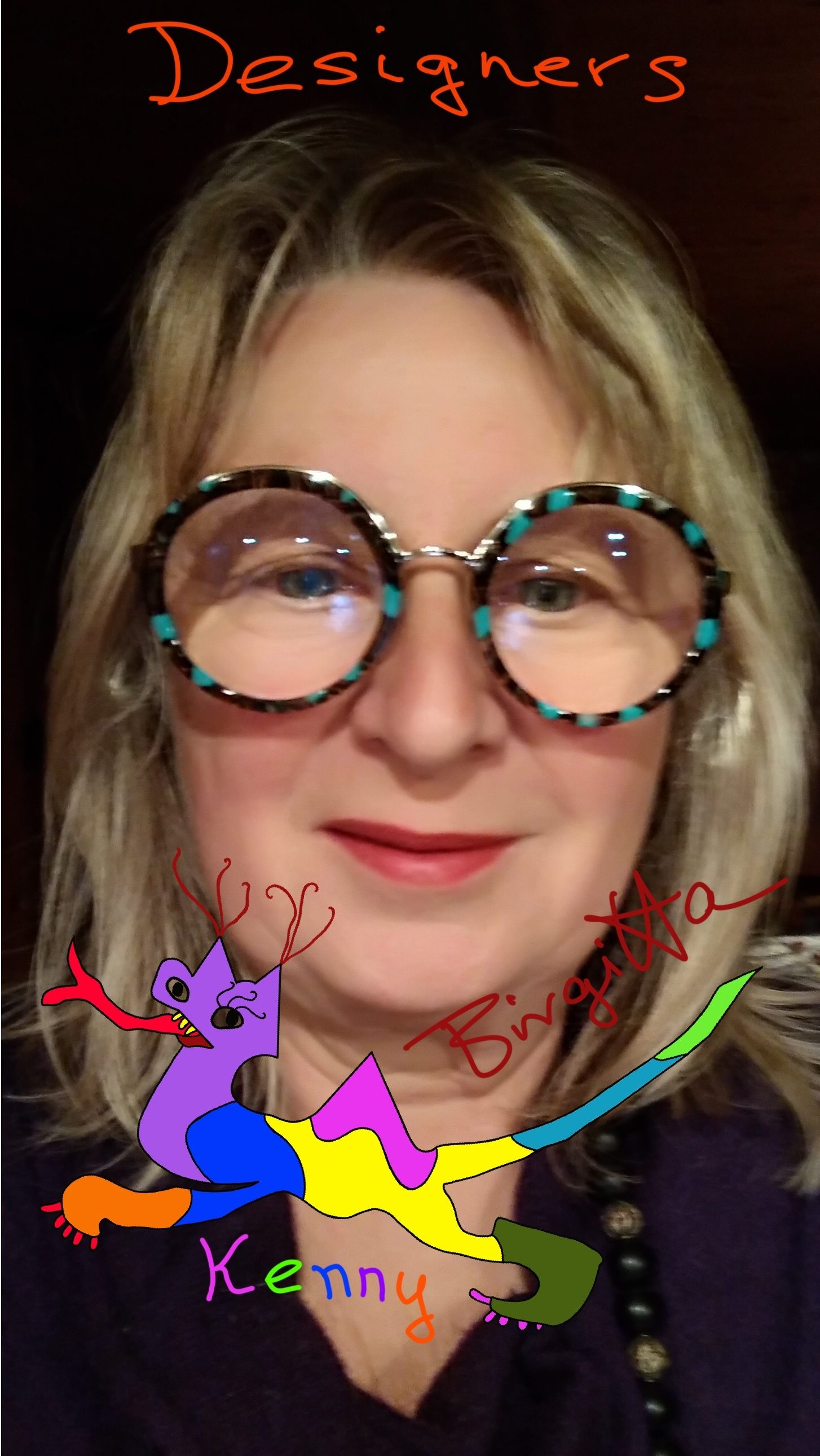 1985: When people had neither computers nor internet, Birgitta began to paint dragons on t-shirts.

1996:  Computers appeared, Birgitta took some lessons how to use Word and Excel. She found this a little bit boring and had a look at other programs. She discoverd Paint and quickly her Kenny was born. The amazed teacher gave her a floppy to take her Kenny home.

2018: she bought an iPad, finetuned the details of her Kenny and was happy to create again exclusive dragons and more. Kenny,  very proud, became the logo of dragonsandmore.